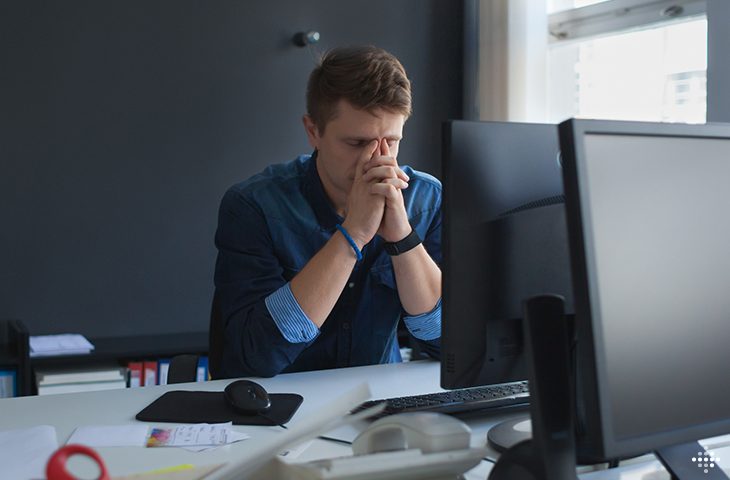 When thinking of fatigue, you probably imagine the physical sort—slumped shoulders, dragging limbs, and sleepy eyes. But there’s another kind of fatigue that has the potential to wreak havoc on your motivation and success: mental fatigue. And understanding how it works is the first step to prevent burnout.

Mental fatigue results when you begin to carry out increasingly difficult cognitive tasks. Perhaps you’re studying for the bar, trying to solve a complex problem at work, or crunching numbers to budget for a home renovation. If you do this day after day, night after night, you’ll start to feel a little burnout in your brain. 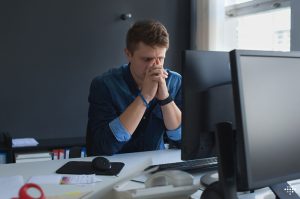 Mental fatigue is completely normal, and the key sign of it is simple, according to Karla Ivankovich, PhD, an adjunct professor of psychology at the University of Illinois, Springfield. “You’ll see a difficulty in initiating or sustaining voluntary activities and cognitive performance, which would typically be self-motivated,” she explains.

Typically mental fatigue disappears after you rest it off appropriately, but if you’re not taking a break from those tedious cognitive tasks, you might notice a decrease in your efficiency inevery aspect of life until you do. It could feel too difficult to do your work after a while, leave the house to get groceries—or even hit the treadmill or yoga mat.

The root of the just-wanna-lay-in-bed feeling that goes hand-in-hand with an overloaded brain is your old friend: stress. Mental fatigue causes you to feel stressed, which is usually accompanied by an increase in muscle tension, says Ivankovich. “You can see impaired motor control and coordination, as well as slow exercise recovery,” she explains. “So you can expect to have mental fatigue impact your ability to perform at an optimal level, which places you at significant risk for injury.” She also notes, if weight loss is your goal, research consistently links fatigue and stress to an inability to lose or maintain weight.

Your body only has so much ability to compensate for accumulated fatigue until you start to burn out. If you don’t employ some coping mechanisms to combat fatigue, says Ivankovich, it can lead to alterations in your brain’s neurons, decreased performance, ineffective thinking, poor attention span, irritability and insomnia (which is the last thing you need, right?). In serious cases, mental fatigue can be so draining that the associated problems become chronic, even irreversible—it becomes your new “normal.”

“In a society that is being instructed to ‘do more with less,’ or to ‘work now, sleep later,’ it is critical to take time to relax, mentally and physically, in an attempt to avoid the accumulation of acute fatigue,” says Ivankovich, who points out just how common overload is. “In therapy, the number one problem I see is fatigue. People are so driven to be successful that they do twice as much with half of the resources—emotional, physical, or otherwise.”

It’s crucial to slow down and combat mental fatigue when your brain is running on empty, says Ivankovich. Here’s what to do:

That’s right! “They can occasionally serve a purpose, and this is one of those times,” Ivankovich says. “In order to relax from mental fatigue, you take time away from your stressors.” For many people, 10 or 15 minutes of mindless activity can give the mind a reboot, allowing you to get back to the work at hand.

2. WALK FOR PLEASURE, NOT EXERCISE

Yes, racking up those steps is important for your overall health, but you don’t always have to think of exercise as a sweaty, calorie-torching affair. “When you are stressed, that stress limits your body’s ability to utilize your efforts in a positive way,” says Ivankovich. “If time and location allow, put on your headphones and just walk. Enjoy the scenery, stop to smell the roses. Take time to notice your surroundings.” This gives you a necessary mental break, and allows your mind to truly wander with you. Utilize your 15-minute breaks at work, says Ivankovich, which few people do anymore — and exist for a purpose. You’ll return to the job in a more productive mindset.

If your mind is already on overload, downer thoughts can make problems seem that much heavier. “Negativity brings a lot of emotional baggage that can add to an already-overloaded mind,” says Ivankovich. “Take time throughout the day to reflect on the positive things in your life—because we all have positive things.” Try keeping a journal, writing down three positive things about your day just before bed, and check in with how you’re feeling when you wake up.

4. DELEGATE (OR AT LEAST ASK FOR HELP)

This generation doesn’t seem to have learned the meaning of the word “delegate.” (Okay, you probably learned it, but didn’t take it to heart.) “If you are in a position to delegate tasks, do so!” says Ivankovich. “Far too often, we want to believe that only we can do things. This perfectionist attitude only contributes to feelings that you are weighed down.” If you can’t assign tasks to others, there’s no shame in asking for help. Call the babysitter, ask your partner to fold the towels, or see if a colleague can co-lead a big project. If you lose the “my way or the highway” attitude and surrender a little control, you will free up mental and emotional space and get more done (more efficiently). 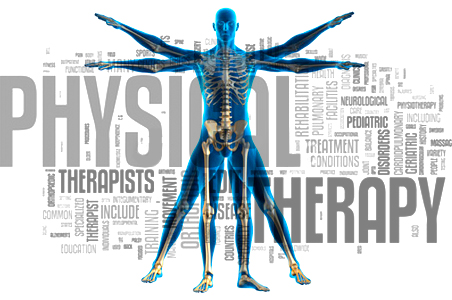 What is Physical Therapy